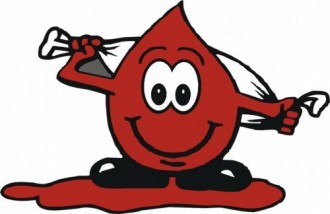 Looking for a job after being laid off was extremely hard for me. Trying to find something in my field full-time or even part-time was exhausting. Sending out resumes, filling out applications, going on interviews and never hearing back from 95% of the people I interviewed with was extremely discouraging. I remember one-day sitting on my couch, watching TV when my dad e-mailed me, telling me to call his friend Ron because he might have a job for me. I had no clue what it was, but I figured what did I have to lose. What I did not know was that this would bring me into an industry that I had no knowledge of. After speaking with Ron Vogel and his son Scott I realized I would have quite a learning curve ahead of me, but I was ready to jump right in.

When I started working part-time at Emergi-Clean Inc., which is a second generation family owned and operated business that specializes in bio remediation and bio recovery; there were terms I never heard of, and I had an adjustment period of getting used to the subject matter since many of the jobs revolve around crime scenes, suicides, and accidents. I also did not know the extent of preparation and knowledge needed for what a bio remediation company does. I didn’t realize how much it entailed in the business both emotionally and physically.

I have had to observe the hectic schedules that the staff has, including my boss. He walks in and out of the office without sitting down and lunch is on the run a lot. When my boss finally goes to sit down and take a break, the phone sometimes rings and there is a client on the other end, emotional because of a trauma that had just happened. He drops what he is doing, and calls upon the staff.

When the staff sits down and tailboards about the next job they are about to go on; the expressions on their faces says it all. Quite often they are overworked, tired, and emotions are running high, but they have to put all of that to the side and get themselves ready to leave for the job.

Receiving phone calls about something traumatic is hard on everyone including the staff that has to answer the calls. The people calling are emotional, for good reason, but everyone is trained to listen and have a sympathetic ear to whom they are speaking. They truly care about the person on the other end of that phone call.

The staff that works with the client is there to help them from point A to point B. They handle all calls with compassion. The way the staff deals with people is as if they really are family, which is exactly what Emergi-Clean stands for.

Emergi-Clean prides itself on being a family owned company, and making it feel that your family is their family. Since I have worked here it has been proven time and time again. I have been here for three months, and working here is extremely fulfilling. I have never had the experience with working for a company where the main goal is helping others. Emergi-Clean is such a compassionate group of people, and I am so happy to have found a company that helps others in more ways than one.

Fill out my online form.